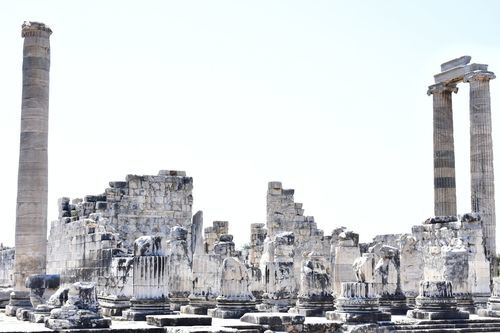 Archaeology has helped humanity understand a lot about ancient civilisations, a foundation of what it means to be human. Although the recent pandemic (Covid- 19) delayed scheduled archaeological activities in2020 , there are still a few new findings that highlighted the beginning of a century.

Archaeologists discovered 12.9 kilometres (8 miles) long art on canvas. They estimated that the art might be 11,800 to 12,600 years old. The canvas contains images of giant sloths, now-extinct beasts and mastodons drawn using ochre.

Other noticeable arts on the drawing include geometric designs, human handprints, and animals such as serpents, turtles, monkeys, bats, alligators, horses and much more. The success of this excavation links to the Revolutionary Armed Forces of Colombia (FARC) and the Columbian government 2016 peace treaty. With the land at peace, archaeologists could access different sites for such discoveries.

The Tomb of Romulus

Although there is still a significant debate on whether Romulus and Remus’ story is a myth or not, the Romulus tomb’s discovery could be a tangible anchor to clear the waves. The two brothers are said to have been raised by a she-wolf, after being abandoned while young. After a dispute erupted between them on which hill to build Rome, Romulus killed Remus and became Rome’s founder in the 8th century BC. The tomb under the Roman’s Forum Senate House contained an empty 1.4m long sarcophagus made of tuff. Further excavations are scheduled to reveal more of the findings.

A Tale of Female Hunters

Contrary to many beliefs, women might not have only handled herbs and plants in the past. Archaeologists in Peru found a 9,000-year-old grave of a female hunter, which might prove women were hunters and not just gatherers. The hunter was buried with tools such as flakes and projectile points. This is one of the 27 excavated skeletons buried with hunting tools, 11 of which are female. It has led to historians concluding that females were also part of the big game hunting in the Western Hemisphere.