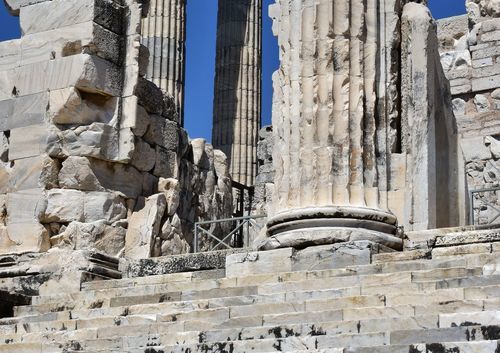 If I asked you to describe an archaeologist at an archaeological site, you would most likely imagine someone digging a site using spades and pickaxes. This image may have been entirely true some years back, but these days, you might find them with a drone. Here are the latest technologies helping archaeologists.

Archaeologists usually used dynamite to expose discoveries, but this caused significant damage to the sites. These days archaeologists do not need to use dynamite thanks to imaging technology called “muography,” which uses x-rays to scan for hidden objects and chambers, like the hidden chamber in the Great Pyramid of Giza, before the digging begins. CT scans combined with 3D modelling enable archaeologists to read fragile artefacts like scrolls that were previously unreadable.

It is not uncommon to find manuscripts or paintings painted or written over each other. For a long time, archaeologists were unable to read the text or image underneath the first image. However, hyperspectral imaging is helping scientists see what information is beneath the upper image.

Archaeologists are using drones to help capture 3D images of archaeological sites and assess where repairs need to be done. This eliminates the need for humans to use ladders to assess delicate archaeological buildings, which leads to more damage. Drones can also be used to keep a record of archaeological sites which replaces thousands of human hours that would have been spent physically visiting the sites.

The 3D pictures captured can be used to generate 3D images of what the sites might have looked like in the past, and 3D printing can present exact replicas of these illustrations.

Archaeologists are using technology applied in self-driving cars to access historical sites. Lidar, a technology used in autonomous cars, was used to map a hidden city under a jungle in Cambodia using a robot. Robots are used to get information from discoveries in historical sites that may be inaccessible or dangerous.